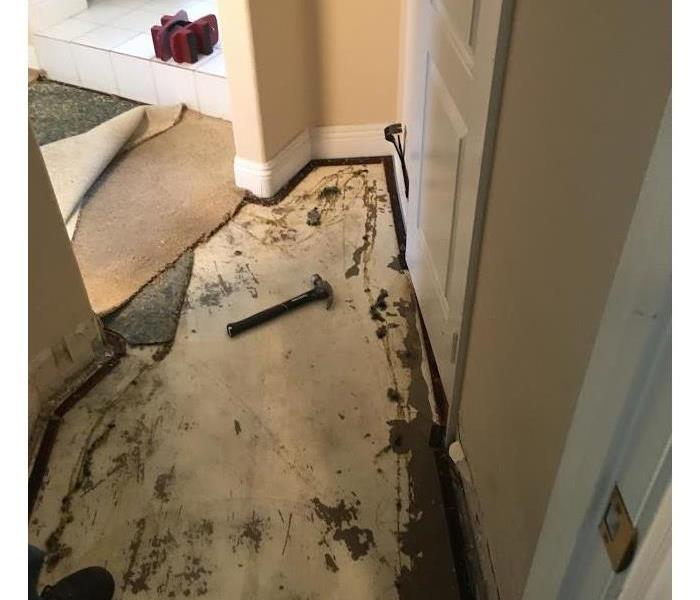 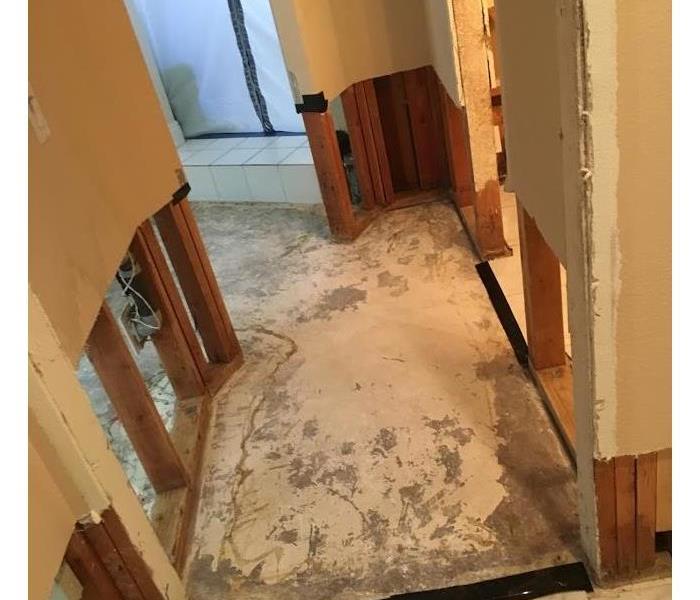 This is a home that SERVPRO of Lake Forest South/Laguna Woods was sent out to following a rain storm. The home experienced a leak, causing some water to pool on the floor. This resulted in both the drywall and flooring getting soaked. The before picture shows where the affected carpet was removed. Additionally, some baseboards were also removed due to water damage. The after picture shows the remaining carpet that was removed. The drywall has also been removed and disposed of. The homeowner was expecting a much longer process but was happy with how quickly SERVPRO finished the work.

View More Before & After Photos